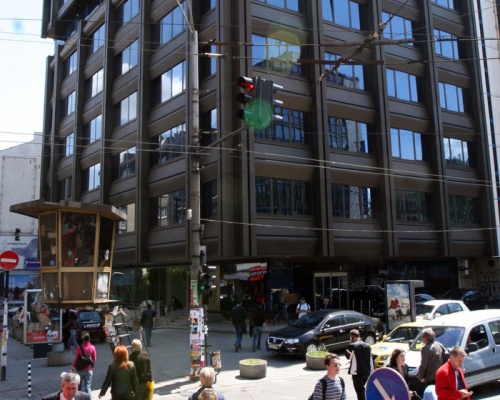 Bulgaria's tobacco producers have suggested that Bulgartabac Holding (shown above) should be transferred to the Ministry of Agriculture, to better prepare it for possible privatization. Photo by BGNES

Bulgaria's tobacco producers have asked for the transfer of Bulgartabac Holding from the economic to the agriculture ministry, Minister of Agriculture and Food Miroslav Naydenov has announced on Tuesday.

The producers explained that if the holding was managed by the agricultural ministry, their interests in a possible privatization of Bulgartabac would be better protected.

"If the state share in the holding was 51%, the funds for of tobacco growers' premiums could have been secured, but there would be a risk that this could be considered by the EU as inadmissible state aid," Naydenov explained.

"It is high time to really understand what is happening there, and what has happened, and how the interests of the state are being protected," he commented, indirectly indicating that in the Tobacco Fund there were abuses that were currently under investigation.

Warnings of irregularities have come from the tobacco producers. "Maybe other colleagues should divulge this information," Naydenov said, alluding to the Interior Ministry.

Prime Minister Boyko Borisov will bring together government ministers and the Executive Director and board of directors of Bulgartabac Holding, along with representatives of the tobacco producers, on December 29, to consider changing the status of the company.

"If we decide that the right thing is to sell the holding, they will participate in all proceedings and, if it goes to the stage of selling it, to definitely ensure that if it is bought, what quantities of tobacco should be bought out in the coming years," Borisov said.