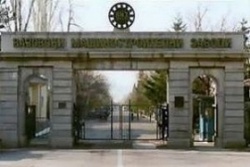 Hundreds of workers are out on strike for a second day in a row Thursday in one of Bulgaria’s largest military plants, VMZ Sopot.

The workers have not been paid in three months as the heavily indebted state-owned factory faces bankruptcy. They are complaining that they don’t even have enough money to send their kids to school any more not to mention repaying their loans.

“We currently work on three shifts, servicing a large order. We rely on this money in order to be able to pay the workers at least one monthly salary around December 23. After that we are going to pay them their other delayed salaries. But in order to do all that we need at least BGN 5 M,” the Director of the VMZ Sopot factory, Ivan Stoenchev, as quoted by BGNES.

Stoenchev sounded more optimistic two months ago when he met with Bulgaria’s Prime Minister Boyko Borisov and Defense Minister Nikolay Mladenov in order to discuss a potential recovery plan for the VMZ Sopot factory. However, despite his stated optimism back then no actual improvement has been achieved.

The VMZ Sopot factory owes about BGN 100 M, half of that to the state, and the other half – to private companies.

The Mayors of the central Bulgarian towns of Karlovo and Sopot where the majority of the VMZ workers come from, Nayden Naydenov and Veselin Lichev, have declared themselves in favor of the striking workers, and have sent a letter to all relevant state institutions asking the government, the State National Security Agency DANS, and the Prosecutor’s Office to intervene in order to investigate and uncover the causes that led the large military plant to a state of bankruptcy.

The VMZ Sopot plant still employs 3 700 workers. It is located in the town of Sopot in central Bulgaria, which is the birthplace of Bulgarian writer and poet Ivan Vazov. The plant was founded in 1936, and during the communist period was developed into a large-scale military industrial unit.