Bulgaria Can Earn USD 1 B by Selling Carbon Emission Quota 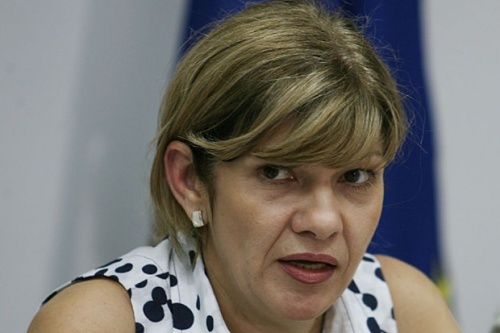 Bulgaria’s Environment Minister, Nona Karadzhova, stated Saturday that “for example, if we had provided for a reduction of 1000 tons by 2012 we will actually have made a decrease of 2000 tons.” Photo by Sofia Photo Agency

Bulgaria can earn USD 1 B if it sells the already accumulated excess in its quota for carbon dioxide emissions under the Kyoto protocol.

Under the Kyoto Protocol Bulgaria committed to reduce carbon emissions by 8% by 2012 compared to the 1990 levels. Bulgaria’s Environment Minister, Nona Karadzhova, stated Saturday that “for example, if we had provided for a reduction of 1000 tons by 2012 we will actually have made a decrease of 2000 tons.”

Karadzhova added that this over-performance is due to the large number of businesses that ceased work during the transition period after 1990 and also because of efforts for energy efficiency.

"We overfulfilled our duty and will urge for at least 80% of the country's excess quota to be transferred for the period after 2012 (up to 2020), any revenue from sales of the excess will be used for environmental projects, energy efficiency and insulation of buildings, " Karadzhova continued. She pointed to the example of European Union countries such as the Czech Republic, Lithuania, Hungary and Poland, who have sold their quotas.

Meanwhile, the EU is pushing for a 30% decrease in carbon emission by 2020 in the bloc based on 1990 levels, but Bulgaria and 7-8 of the other newer EU states want a 20% target to be agreed.

Karadzhova concluded; “This is an important topic because it affects the budgets, development and GDP of each country when determining the reduction to be made.”

On Friday it was announced that Bulgaria will be the member state with the smallest contribution to the EU climate change fund. It is going to provide EUR 40 000 of the EUR 7,2 B promised by EU leaders over the next three years, to help developing nations adapt to climate change.