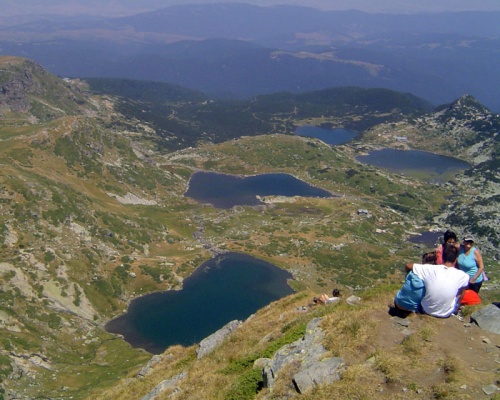 The famous Seven Rila Lakes, the protected area where a controversial ski lift has been sabotaged and put out of action. Photo by BGNES

A maintenance crew running a test on the lift at the Seven Rila Lakes, discovered that the main cable and safety lines had been deliberately cut overnight.

Slavaiko Staikov, manager of the maintenance company, announced on Friday that his workers had tried to operate the lift, which is when they discovered the problem.

The main cable had been cut through, and the safety line had also been damaged. The perpetrator, according to Staikov, must have been undisturbed in the time it took to complete the damage.

A complete technical check is now expected, said Staikov, to determine what remedial action should be taken. The lift will certainly be out of operation at the weekend, he explained, but it might be back in service by December 8.

The Dupnitsa Regional Prosecutor’s office said that it was a deliberate act of sabotage, confirmed by the fact that they had discovered cutting tools at the site of the damage.

Construction of the lift by the Rila Sport company had provoked a wave of protests by Bulgarian environmentalists, who had insisted the work was totally illegal.

In October, conservationists had warned that the protected area of the Seven Rila Lakes was being swamped by the unrestricted numbers of tourists visiting the lakes, despite its official recognition as a limited access area.

The number of visitors, they said, had increased following the introduction of the Rila Sport lift.

Rila Sport is a consortium of Austrian and Italian companies, and has declared its intentions to invest over EUR 460 M in providing up to 100 kms of ski-runs and accommodation for up to 10 000 visitors.

The new resort, when completed in 2016, will complete with other, established winter resorts at Borovets, Bansko and Pamporovo.