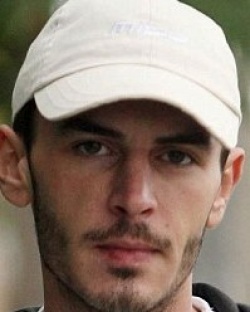 Georgi Dochev (L) has broken his silence to talk about the final hours of Boyzone singer Stephen Gately. Photo by www.dailymail.co.uk

The male model who was with Stephen Gately when he died has broken his silence about the Boyzone star's final hours.

Bulgarian male model Georgi Dochev described how he found the 33-year-old singer's body, then watched as his civil partner Andy Cowles desperately tried to resuscitate him.

The 25-year-old said he had stayed in touch with grieving Cowles by text, even returning to the villa where 'fun and handsome' Gately died.

Dochev was introduced to Gately and Cowles in the early hours of the morning of October 10 by a mutual friend.

Dochev told the Sunday Mirror Gately had been 'having the time of his life' as they visited bars and clubs, even Moonwalking as he sang along to the Michael Jackson track The Way You Make Me Feel.

'Stephen just seemed like a really fun, friendly and handsome guy,' he said.

After the three returned to the couple's villa, Gately fell asleep on a sofa.

'He was lying with his head on my chest, snoring,' he told the paper.

Cowles fell asleep beside them, before at 5.30am Dochev woke and moved to a bedroom.

At about 10.30am Dochev said he sat beside Gately on the sofa to smoke a cigarette. But it was only at 1pm that he tried to wake the star.

After realising something was seriously wrong, he alerted Cowles, who called the emergency services.Help was delayed when operators transferred the call to the wrong province.

Police said there were no suspicious circumstances regarding his death.