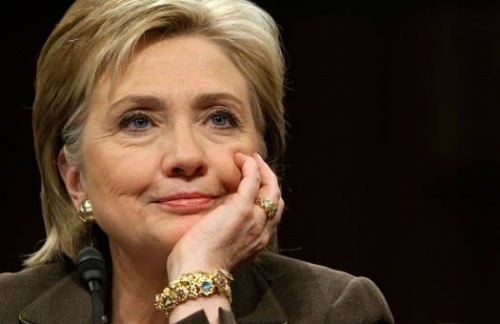 Answering a question on the abolition of visas for Bulgarian citizens to the US, Clinton declared that she would support the procedure. Photo by foreignpolicy.com

US Secretary of State Hillary Clinton has praised the new Bulgarian Government for its readiness for greater transparency in energy relations with the US.

After a half hour meeting with Bulgaria Foreign Affairs Minister Rumiana Jeleva in Washington Clinton stressed the close relationship between the US and Bulgaria and the strategically important relations between the two countries within NATO.

Clinton also greeted the efforts of Bulgaria's new center-right GERB government to eradicate corruption and its readiness for greater transparency in energy relations. She pointed out that Bulgaria and the United States will intensify their relations and expand trade cooperation.

Answering a question on the abolition of visas for Bulgarian citizens to the US, Clinton declared that she would support the procedure, but stressed that Bulgaria will have to meet all the major criteria and be approved by the US Congress for inclusion in the visa-free program.

Bulgaria's participation in Afghanistan was also discussed. Jeleva declared Bulgaria's readiness to support the efforts of the coalition there, Bulgarian National Television reported.

Clinton concluded by stating that the US Special Envoy for Eurasian Energy, Ambassador Richard L Morningstar, will visit Bulgaria in 10 days time.