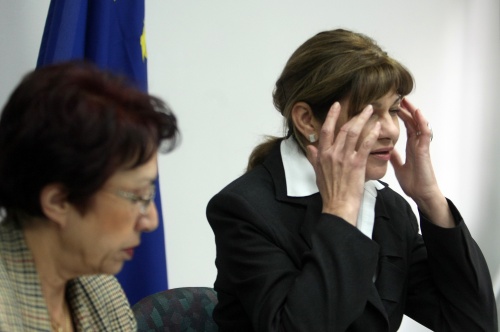 Bulgaria’s Environment Ministry is preparing for defense against EC criticism over waste disposal in the European Communities Court case to be initiated by the Commission.

This was stated Sunday by Bulgaria’s Environment Minister, Nona Karadzhova, in an interview for the National Radio after on Friday the EC announced it would file a suit against Bulgaria as a last stage of its infringement procedure over the poor garbage disposal in the capital Sofia.

“We have found with great regret that perhaps the European Commission did not consider with sufficient care the evidence for the executed work that we presented, including for the fact that there are currently no environmental issues with the handling of household waste in Sofia,” Karadzhova declared.

In her words, one of the reasons for the alleged omission on part of the EC might be the procedure for putting together the new European Commission.

Karadzhova explained that the project for the construction of a waste processing plant in Sofia was continuing as scheduled.

She reminded that in 2005 at the suggestion of former Sofia Mayor Stefan Sofiyanski the waste depot at Suhodol was shut down, and the garbage was baled but no other measures were taken.

In 2007, at the initiative of then Sofia Mayor Boyko Borisov, the Sofia City Council crafted a strategy for copying with the environmental issue. As a result, the Municipality found the needed land and started a procedure for selecting an executer of the construction of a household waste processing plant.

Meanwhile, the Suhodol depot was reopened in 2007, and several additional separate garbage processing installations were constructed there in 2009.

According to Karadhzova, in August and then again in October 2009, the Environment Ministry and the Sofia Municipality presented the EC with information proving that waste in Sofia was handled in accordance with EU law.

The Minister also said the Bulgarian government had unofficial information that the EC had hired independent experts to assess the condition of the Suhodol waste depot, and that their conclusions were positive.

Karadzhova said Bulgaria still had not received the full text of the Commission decision and she was commenting based on the press release that appeared Friday.

“I am convinced that we are going to present solid evidence and will defend our country in the course of the trial in order to prevent any potential sanctions,” the Environment Minister said adding the sanctions could be either one-time or monthly but declining to comment on what sum they might amount to.

The Sofia Municipality and the government have alleged that in crafting its decision to file a suit against Bulgaria, the EC had not taken into account the latest improvements and developments on the waste disposal in Sofia.