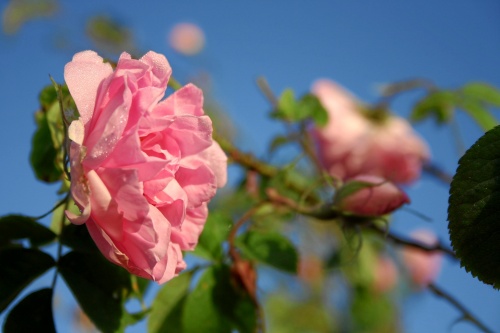 China is seen as a huge market for expanding Bulgaria's rose oil production. Photo by BGNES

China and its markets present huge potential opportunities that the Bulgarian rose oil industry should take advantage of.

This was stated Friday by Bulgaria’s Deputy Agriculture Minister, Tsvetan Dimitrov, after he met with representatives of the Political Consulting Council of Shanghai.

Dimitrov announced that currently only 1% of Bulgaria’s rose oil export went to China.

He pointed out that Bulgaria produces the most high-quality rose oil in the world, and that in the last few years there had actually been an increase in the areas planted with roses for industrial oil production.

Bulgaria exports about 1 500 – 2 000 kg of rose oil each year, which is 40% of the world rose oil trade. Most of the Bulgarian rose oil goes to European perfume and cosmetics producers.