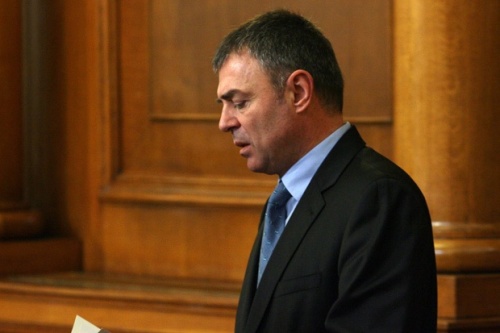 Ignatov was born in 1960 in the Danube town of Vidin. Speaks English and French. Photo by Sofia Photo Agency

Sergey Ignatov has been approved by the Bulgaria Parliament to become Bulgaria’s new Education, Youth and Science Minister.

Finance Minister Simeon Djankov presented Ignatov’s credentials to Parliament and he was sworn in soon after. The new appointment comes after Education Minister Yordanka Fandakova was elected new mayor of the capital Sofia in a landslide on Sunday, replacing the former mayor and current head of government Boyko Borisov.

Ignatov said, in his first words after being sworn in, that the new Law on Secondary Education will be ready by the end of November and that by the end of January 2010 a new curriculum will be presented.

"I have just been proposed to head the education department and I am just as surprised as you. Boyko Borisov does it in such a way that you can not say no," Ignatov told journalists in parliament in his first comment after the news broke.

Sergey Ignatov is an egyptologist, has obtained a PhD at Saint Petersburg State University and has specialized at the All Souls College in Oxford. Ignatov has so far served as deputy minister at the education department and as rector of New Bulgarian University.

He is author of several books, among which “The papyrus does not grow on rocks”, “Egypt of the pharaohs” and “The Body of God.”

Ignatov was born in 1960 in the Danube town of Vidin. Speaks English and French.