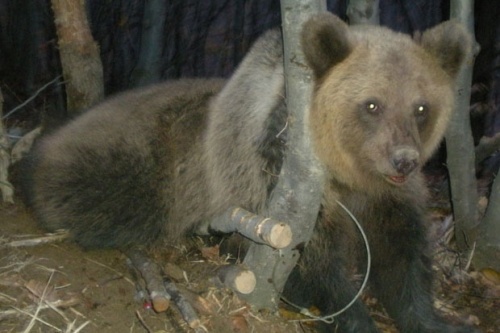 This bear was saved from poachers by a police patrol. Photo by Stara Zagora Police

Policemen have prevented an attempt by two poachers to hunt down a trapped bear near the southern entrance of the Shipka Pass in the central part of the Balkan Mountain.

This has been announced by the Stara Zagora Regional Police Directorate Thursday.

The police patrol caught the poachers who were about to kill a brown bear they had trapped. The bear was anesthetized and then released in the wild.

The two poachers were captured with a Cherokee jeep, rifles, bullets, a blue police light, and steel ropes. They have been charged with illegal hunting.