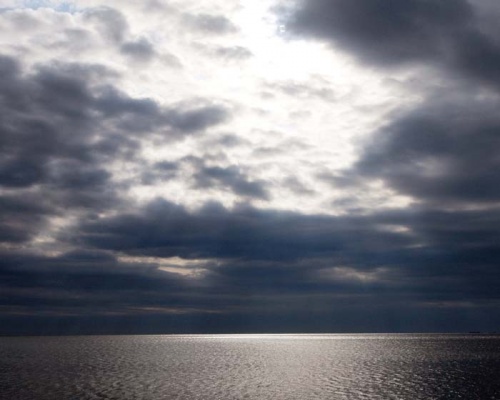 The current prediction on climate change shows that in 2100 the median sea level will rise by about 1 meter. Each rise of 1 centimeter in the water level consumes about 1 meter of coast line.

These statistics were announced by Dr.Valeri Penchev, manager of a company for investigation and research of coastlines.

Dr.Penchev referred to the 2007 report of the International Commission on Climate Change, which predicts that average sea level will rise by between 0,12 and 0,35 meters.

During the last century, the average annual temperature has risen by 0,6ºC. If this tendency continues there are different climate scenarios to consider.

According to one, the south of Bulgaria will have the present climate of Greece, and north Bulgaria will experience the current weather of the southern part, said Radoslava Maniarova, director of the National Institute of Hydrology and Meteorology, which is based in Varna.

She pointed out that climate changes do not mean only a general warming of the weather, but also uncontrollable extremes of temperatures. According to her data, 80% of the damage on the globe and human fatalities are caused by climate change.

The prognoses are that, by the end of this century, the average quantities of rain on the Balkans will fall by between 20% and 40%. At the same time in Scandinavian countries rainfall will increase by 20% to 40%.

For example, over the past few years in Varna, a tendency has been observed for rainfall to increase, especially in the autumn season - something that was not previously typical for the city, according to the deputy director of the Varna Institute, Ivan Ivanov. He added that nobody had yet proved to what extent the human factor impacts on nature.

Dr. Penchev stated, despite the expensive investment necessary for combating climate change, if this not done, damages will be many times greater.

According to Dimitar Radev, Executive Director of the Regional Agency for Entrepreneurship and Innovation, it was important to introduce measures such as the introduction of renewable energy sources, appropriate eco-fuels, and special attentive care of water reserves.