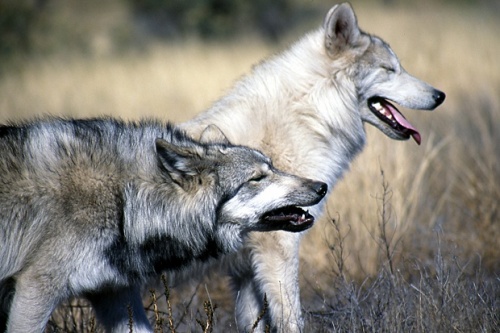 Kunz concluded that “there is not enough room for wolves in Switzerland.” Photo by sxc.hu

Swiss MP Josef Kunz has made a proposal to expel Switzerland’s wolf population to Romania and Bulgaria.

Kunz from the far-right Swiss People's Party (SHNP) argued that in these two countries, "the wolf has a natural enemy - bears.” Kunz, who is MP for the canton of Lucerne, also suggested sending Swiss wolves back to their country of origin – Italy but added that there is a problem with this idea as they would probably return, Swiss newspaper Le Matin reported Wednesday.

Kunz concluded that “there is not enough room for wolves in Switzerland.”

According to calculations of the World Wildlife Fund the population of wolves in Europe is highest in Romania, where there are nearly 2 500. The wolves in Switzerland and Bulgaria, where there is currently estimated to be a wolf population of just over 1000, come from different sub-species so a mixing of the two would cause a genetic disaster according to scientific experts.