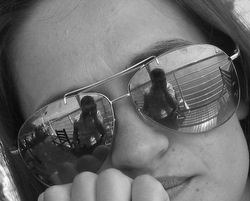 Democracy, socialist-style; the affluence of the west, combined with the equality of the east. This is what Bulgarians are pining for twenty years after the collapse of the communist regime. A collapse so powerful and sharp that they still find it hard to recover from it. Or is it that they just don't want to?

Bulgarians mark on November 10 the twentieth anniversary since the communists overthrow without festivities and with cynicism that people from the other former Warsaw Pact countries would find hard to understand.

But this is their own choice and it is namely freedom that is the greatest benefit that the democratic changes brought. Greatest, but sadly much unappreciated, because over the years social security came to be considered more precious than freedom, while freedom turned into chaos.

So are Bulgarians positive or negative about the gains of the last 20 years? Why these lack of enthusiasm and events on such a historic day?

It is amazing how Bulgarians have idealized the past, picturing the 33-year rule of the communist dictator Todor Zhivkov as a golden era when thrown against the background of crime and corruption that followed afterwards.

At the same time there is a very strong notion of November 10 coup not as a democratic act, but as a deliberate plot, engineered by the communists so that they can retain their power. Bulgarian dissidents, regardless of how small their number and divided their ranks, have been created by the State Security and implanted in society, the allegation goes.

In both cases there is an effort to crash down whatever has been built after the 1989 events, which can justifiably be called a revolution in terms of energy charge and aspirations.

It is this what-on-earth-were-we-thinking attitude, this strong asymmetry between expectations and reality that make Bulgarians not celebrate November 10. They need more time to think about this gap and make something out of it. As they still haven’t made anything out of it, they often fall into nostalgia and a stupefying stasis and start looking for saviors.

The news on the radio that came instead of a bloody coup on November 10, the delayed opening of the security files, the lack of open and candid discussion about what happened and who did what during the years of communism turned Bulgarians into people who just look for saviors and run from their demons. But the more they run, the more they give them chase.

Could it have been different?

No, it could not have been different, with the opposition so young and the capacity of the people so limited.

The reforms did not take place in the form of bloodsheds and violence. It was an intellectual effort that ended up in the hands of people, who just were not the right people for the job. The changes had served as a huge accelerator and the most fit for the fast pace of life appeared to be the sportsmen, who headed security companies or turned into mafia bosses, and the communist apparatchiks, who continued to run the show under new party names.

The loss of intellectuality is a cyclic event in Bulgaria and now we are back there. The lack of celebrations on November 10, 2009, proves that.