Bulgaria Has No Money for Sevtopolis Ancient Thrace Project 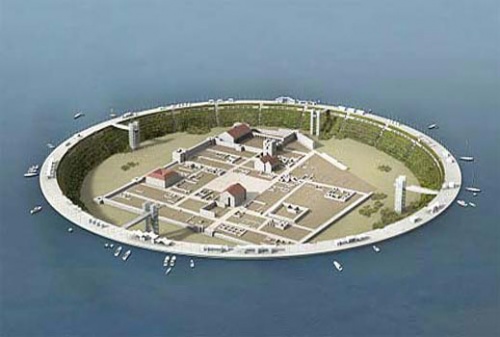 This is what the Ancient Thracian city of Sevtopolis is supposed to look like once recovered from the Koprinka Reservoir.

The project which envisages the restoration of the Ancient Thracian city of Sevtopolis cannot proceed because of the lack of money over the economic crisis.

This has been declared by Bulgaria’s Culture Minister, Vezhdi Rashidov, regarding the initiative to recover Sevtopolis from the bottom of the Koprinka water reservoir near the central Bulgarian town of Kazanlak by creating an artificial underwater island.

“The Culture Ministry has never made a financial commitment to the project which relies on outside or private sponsorship,” Rashidov said stressing that despite that fact, his team had analyzed the project, and had concluded that it was unrealizable for the time being.

According to Minister Rashidov, the opportunities for international financing are limited because the project did not meet the requirements for applying for EU funding for protection of cultural heritage.

Yet, the Minister point out that if the local community favored the Sevtopolis project, its development might be able to proceed in the future.

In mid 2008, the Kazalak Mayor, Stefan Damynakov, declared that an international tender would be held for the realization of the project which aims to restore one of the most spectacular cities of Ancient Thrace.

The ancient city was not taken into account in the 1950s when the Koprinka water reservoir was built.

Kazanlak is close to the so called “Valley of Thracian Kings”, which features a number of Thracian tombs and is attracting greater and greater number of visitors from around the world.