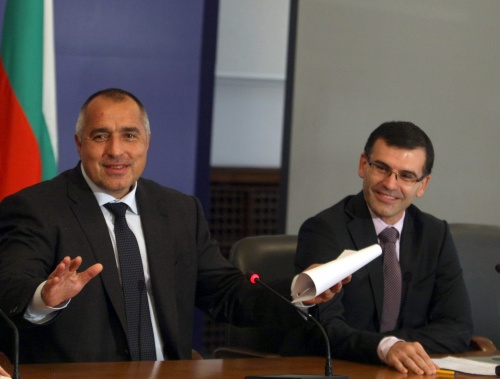 "Much Ado, Little Action" is the title of an article about the Bulgarian Prime Minister Boyko Borisov published Friday by the Austrian paper Die Presse as the new Bulgarian government is about to turn 100 days.

The Die Presse article (available HERE in German) says that Borisov is mostly remarkable for attacking the previous government of the Socialist Party, and that even after 100 days in power the new Prime Minister has not stopped fighting with his predecessor Sergey Stanishev.

Die Presse focuses on the scandals with Bulgaria’s State National Security Agency DANS, and the recently leaked secret report. It points out that the GERB party government might be right by focusing on rhetoric regarding the revealing of violations of the previous cabinet since Borisov’s public support has reached the record 77%.

The Austrian paper stresses that Borisov’s allies – conservatives around the former Prime Minister Ivan Kostov have started to distance themselves slightly from the new government as they believe it did not have a clearly formulated program, whereas the Parliament is working rather slowly. Only the nationalist Ataka party is said to be supporting Borisov unconditionally.

Die Presse also mentions Borisov’s promise that three highways will be completed in Bulgaria by the end of his term, and that the trade unions in the country have declared themselves against the government’s 2010 draft budget. At the same time, the fate of the large Russian energy projects in Bulgaria is still undecided.

“One hundred days after he assumed power, it is still unclear whether Borisov will be just a media performer, or a really successful Prime Minister,” the article of Die Presse concludes.