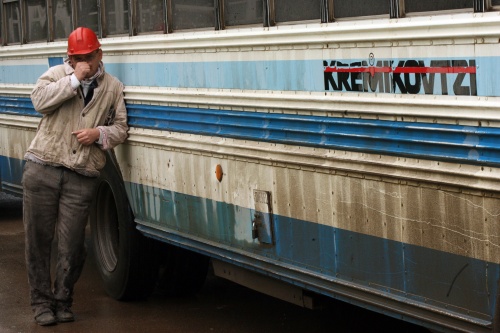 The deadline for bondholders' final decision on the Kremikovtzi recovery plan is November 9, 2009. Photo by BGNES

The shareholders of the troubled steel-maker Kremikovtzi have rejected the recovery plan proposed by the assignee in bankruptcy, Tsvetan Bankov.

According to Darik Radio, the shareholders are unwilling to go ahead with the plan which provides for the recapitalization of BGN 944 M owed to creditors by transforming them into Kremikovtzi shares.

A month ago, Bankov invited all creditors to decide on whether they wanted to capitalize the money the factory owns them. According to the replies, the creditors wanted to transform into shares debts totaling BGN 1,6 B.

The total debts of Bulgaria’s former largest steel-maker amount to BGN 1,9 B, whereas the market value of all of its assets was estimated at BGN 837 M at the beginning of September 2009.

The creditors of the steel plant include the state-owned companies Bulgargaz (gas provider), the National Electric Company NEK, and the railway operator BDZ.

November 9, 2009, is the deadline for the bondholders to make a final decision on the recovery plan after any potential readjustments.