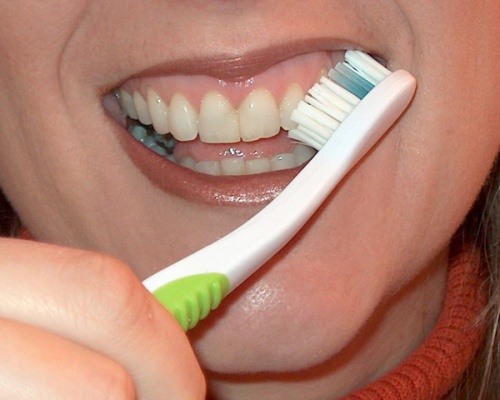 Bulgaria spends less on cosmetics and personal hygiene standards drop, as the financial crisis continues to bite. Photo by dreamorpheus

The world financial crisis that engulfed Bulgaria at the end of 2008 has already had an effect on the hygiene habits of Bulgarians, who are washing their teeth and bathing less frequently.

The Bulgarian Industrial Association (BIA) makes this conclusion in a sector analysis, published on Wednesday, on the condition of the Bulgarian cosmetic industry for the second quarter of 2009,.

The analysis draws attention to the fact that the cosmetic and perfume companies surveyed throughout Bulgaria, sold 42,6% less shampoo and 2,3 times less toothpaste on the local market.

This could be interpreted as the Bulgarian consumer turning to foreign products, were it not for an additional clarification to the statistics, showing that the import of cosmetic and perfume products had also fallen by 18% in the April-June period.

People have also started saving on clothing. According to the BIA, the import of tailored goods in the second quarter of 2009 decreased by 28,1%, while Bulgarian producers sold only 2.9% of their output to the local market.

As a whole, Bulgarian tailoring sector exports shrank by 19%, year on year, in the second quarter of 2009, while the cosmetic industry showed growth of almost 14% for the same period.

This has resulted in a decrease of more that BGN 43 M in the clothing sector incomes in the second quarter of this year, when compared to the same period in 2008.

Whereas the exports of cosmetic enterprises, on the other hand, showed continued growth this year, with an increase of 13.9% in the second quarter and 10,1% in the first six months of 2009, but sales on the Bulgarian market dropped.

Scented oils showed production growth multiplied by 3,1 times and sales in Bulgaria increased by a factor of 2,8 in the first half of 2009. Imports during that period went up by 3,7%, while exports registered a drop of 40,3%, the Bulgarian Industrial Association stated.