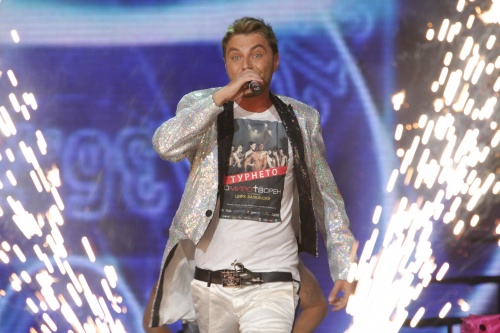 The Bulgarian pop star Miro (Miroslav Kostadinov) has been selected by a 51-member jury to represent Bulgaria at the 2010 Eurovision Song Contest.

Miro, who became famous after 2000 as one of singers from the KariZma Duet together with Galya (Galina Kurdova), received the largest number of votes under the new rules for picking the Bulgarian Eurovision contestant.

The new rules of the Bulgarian National Television (BNT) include first selecting a singer or a band by a 51-member jury of composers, song-writers, musicians, and representatives of public and private institutions and media.

Once the performer has been picked, the BNT is going invite composers and songwriters to write five songs specially for them – in this case Miro. In February, Miro is going to perform the five songs and the Bulgarian audience will pick the best one through SMS Text Message voting to represent Bulgaria in the Eurovision contest in Oslo in 2010.

“This is a responsibility that has to be assumed,” Miro said when accepting the task to represent Bulgaria at Eurovision.

Miro became a successful pop music performer with the KariZma Duet, which was launched initially informally in 1999. The last projects of KariZma date back to 2007 and 2008, and Miro and his KariZma partner Galya have increasingly concentrated on their solo careers.