Bulgaria Ex-President Zhelev: Turkey Should Be in EU Already 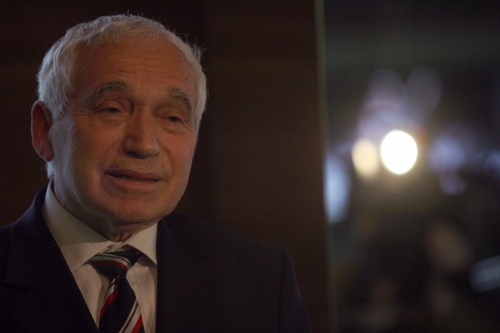 Bulgaria's former President Zhelev believes Turkey should have been admitted to the EU already. Photo by BGNES

Turkey's accession to the EU is going to bring the Union unprecedented benefits, according to Bulgaria's former President Zhelyu Zhelev.

Zhelev (President of Bulgaria 1990-1997) said this in his speech during the 12th Conference of the Balkan Political Club entitled “Turkey-EU Relations”, which took place in Istanbul, October 10-11, 2009. Zhelev’s speech has been widely publicized in the Turkish media.

“It will not be an overstatement, I believe, to say that Turkey, even though not being a formal EU member, is much more integrated into the Union than are some member-states especially from among those who joined in the past ten years,” said Zhelev who is also the Chair of the Balkan Political Club, an organization uniting leading Balkan politicians in their personal capacity.

“The amazing thing is that despite all that it is not yet a EU member and its accession is being procrastinated under various pretexts for over half a century,” Bulgaria’s first democratically-elected President believes.

Zhelev has criticized French, German, and Austrian political leaders for seeking to devise a “privileged partnership” as a substitute for Turkey’s EU accession. He believes that the fears of countries such as Germany and France that a Turkey in the EU would wield an immense influence were unfounded since the officials of the EU institutions such as the MEPs did not vote in their national capacity.

According to Zhelev, Turkey’s EU membership will bring the following benefits to the Union: large young and active population; a working marking economy with a great potential; big military power; influence in the Islamic World; improved relations with the energy-rich Central Asian states; geographic and geopolitical bridging to other cultures and civilizations.