Bulgaria Gets 4 Warnings from EC over Environmental Violations 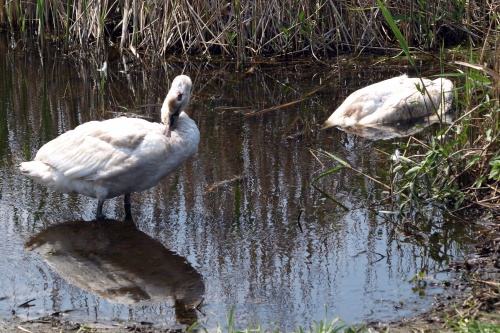 Swans along Bulgaria's Black Sea coast; the bird on the right has died most likely because of the pollution of a nearby resort construction site. Photo by BGNES

The European Commission has sent 4 written warnings to Bulgaria over failures in environmental protection.

Three of the warnings are regarding violations in protected areas, and the fourth one refers to the acting environmental legislation in Bulgaria, the BNR reported.

The fourth warning concerns the lack of full-fledged compliance of Bulgaria’s environmental legislation with the Commission’s requirements.

"Despite covering only 2,5% of the EU's total area, Bulgaria is home to almost 70% of Europe's protected bird species, and some 40% of its protected habitats. This extraordinary biodiversity must be protected, because legal protection is the only sure way to safeguard future economic and social well-being. I expect Bulgaria to bring its legislation into line with European requirements, and above all to ensure that it is properly implemented in practice, on the ground.",” the EU Commissioner for Environment, Stavros Dimas is quoted as saying.

Bulgaria has 2 months to respond to EC’s written warnings. If Bulgaria fails to reply or provides an unsatisfactory answer, the Commission may start a suit against it in the Court of European Communities in Luxembourg.