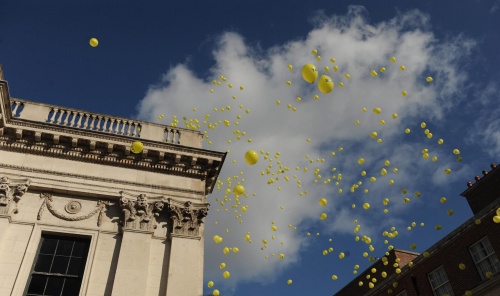 The Irish voters have ratified EU's Lisbon Reform Treaty in their second referendum on it on Friday, October 2, 2009, reversing their "No" from June 2008.

The results of the referendum presented Saturday afternoon show that 67,1% of the eligible voters in Ireland voted in favor of the Lisbon Treaty, and 32,9% voted against. The voter turnout was 59%

In Ireland's first referendum on the EU Reform Treaty in June 2008, the Irish voters rejected it with 53,4% voting against, and 46,6% voting in favor.

A large number of the Irish voters are reported to have switched their vote from "no" to "yes" a year and a half after the first Lisbon Treaty referendum.

The treaty, aimed at streamlining EU decision-making, cannot take effect unless all member states ratify it.

The Lisbon Treaty is aimed at easing and speeding up the decision-making procedures of the European Union by providing for more qualified majority voting in the EU institutions.

Last year's rejection of the treaty by the Irish voters stalled the ratification of the Lisbon Treaty and even created the possibility that it may never go into force.

The only other countries that have not ratified the treaty yet are Poland and the Czech Republic.

Ireland agreed to stage a second referendum after in June 2009 the European Council granted the country legal guarantees – or "opt-outs" – on key policy areas which are believed to have led to last year's rejection. Those include military neutrality, abortion and tax laws.

With Ireland's "yes" vote, the overall ratification of the Lisbon Treaty is expected to be completed by the end of 2009.