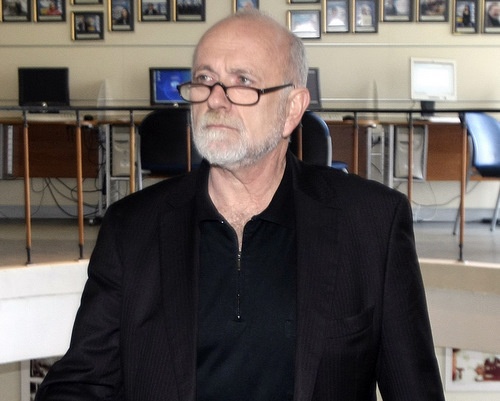 Jurgen Roth, a top German investigative journalist, who made headlines last year with his book "The new Bulgarian Demons", has said a future investigation into TIM business group will be a touchstone for the new center-right government.

“There are a lot of decisions which are a clear signal that he [Prime Minister Boyko Borisov] really wants to fight against organized crime and their networks in state institutions. The investigations concerning TIM will be a touchstone for him and his government,” Jurgen Roth said in an exclusive interview for Novinite.com.

Two weeks ago in a letter to Prime Minister Boyko Borisov, published on his blog, Jurgen Roth called on him to investigate the shady and powerful business group TIM.

The letter was triggered by dozens of alerts by citizens of the coastal town of Varna, who oppose the highly controversial sale of thousands of square meters of land in the Sea Garden of the town, one of its landmarks. The citizens told the German journalist that they have been pressed by people close to the TIM group, buyer of the land.

“In Bulgaria they [the citizens of Varna] had no chance [to be heard] and it’s tragic that a lot of journalists fear to write the truth. They could remember very well what happened to their colleagues who were writing the truth in Bulgaria. It’s also a problem that many journalists can only write what the editors and (more importantly) the shareholders want to be written,“ Roth said.