WHO IS WHO: New Bulgarian UNESCO Director General Irina Bokova 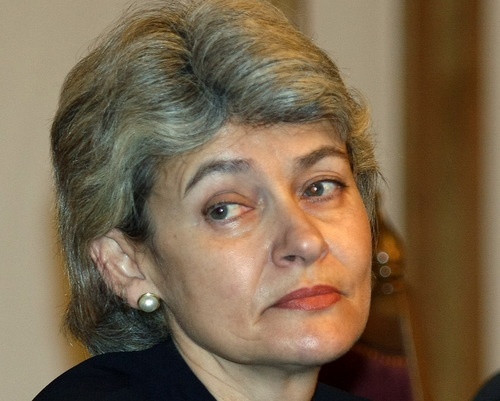 The newly-elected UNESCO Director General, Bulgarian Irina Georgieva Bokova was born on 12 July, 1952, and is married with two children.

After studying at the English Language high school in Sofia, Bokova went on to receive an MBA in international relations at the Moscow State Institute of International Relations in 1976.

In 1977, Bokova started her political career as Sofia Attaché and Third Secretary at the Ministry of Foreign Affairs. She was in charge of political and human rights issues and especially concentrated on women's rights.

From 1982 Bokova joined the permanent mission of Bulgaria to the UN in New York as the Third Secretary, in charge of political and juridical affairs.

From 1990 to 1991 she was a Bulgarian Socialist Party MP in the 7th Bulgarian National Assembly. In 1995 she was secretary of the government committee on European integration. In 1996 Bokova was a vice presidential candidate with Ivan Marazov (BSP), who lost the election.

People » Be a reporter: Write and send your article
Tags: UNESCO, Irina Bokova, Who Is Who
Advertisement
Advertisement
Expats.bg All Are Welcome! Join Now!
Related Articles:
More from People