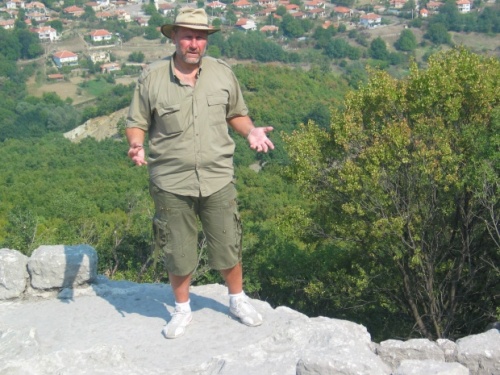 A team led by Bulgarian archaeologist Prof. Nikolay Ovcharov has uncovered an enormous cult complex at the ancient Thracian city of Perperikon in the Rhodoppe Mountains.

The complex consists of at least 9 altars each 2 meters in diameter located on an area of 12 square km. They are dated back to about 1 500 BC thanks to objects discovered around them, which is about the time of Ancient Egypt and the civilization of Mycenae and Minoan Crete. This is the Late Bronze Age and the Early Iron Age.

On those altars, the ancient Thracians practiced fire rituals; similar rituals were practiced at about the same time in Ancient Egypt, on the island of Crete, and in the Hittites state in Asia Minor.

Professor Ovcharov, who gave a special press conference in the southern city of Kardzhali Wednesday, said the discovery of the cult complex may lead to the discovery of a connection between Ancient Thrace and the Minoan Crete civilization.

One of the altars Ovcharov's team found is built of stone plates with thickness of 1,5-2 meters; this is believed to be the largest altar in Southeast Europe.

During their excavations at Perperikon over the summer, the archaeologists found items from the late period of the Roman Empire, and a medieval citadel dated to 13-14th century, which is a testimony that Perperikon was an important city during all time periods.