Italy Coach: We Could Have Scored 5 Times against Bulgaria 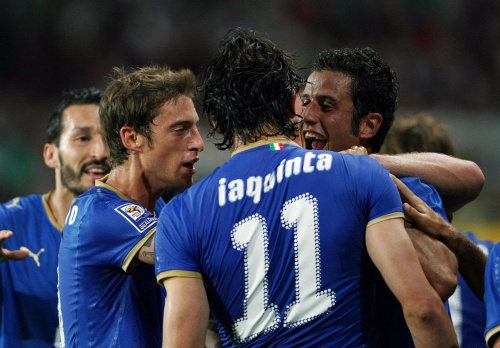 The Italian boss, Marcello Lippi, has been overjoyed with his team 2:0 victory over Bulgaria, which has nearly booked their ticket to the World Cup finals in South Africa next year.

"I'm so happy for the boys who played tonight. It almost felt as if they were inexperienced, but with so much quality," Lippi stated in a post match interview with Raisport.

"We scored two beautiful goals, and I feel that we could have scored four or five times.

"All in all though, I am very fulfilled with our efforts."

The Azzurri will travel to play the Irish in their next qualifier, knowing that a point will be enough to secure their spot in the 2010 World Cup.

He added, "With a draw in Dublin, we will qualify for the World Cup. But fortunately if we are to lose that game, there's always the match against Cyprus."

In a rather dynamic match in Turin, Italy, the Bulgarians almost certainly lost their chances to make it to the World Cup, while the Italians guaranteed their first place in the group.

Italy scored both of its goals in the first half of the match. Grosso scored in the 11th minute, and Iaquinta in the 40th minute. The Bulgarians had several near missed but failed to score until the very end.

Bulgaria is third in the group with 11 points, and two matches left against Cyrpus and Georgia. Italy is first with 20 points whereas Ireland is second with 16 points.

The first team in the group qualifies directly for the World Cup. The second would have to play a play-off.