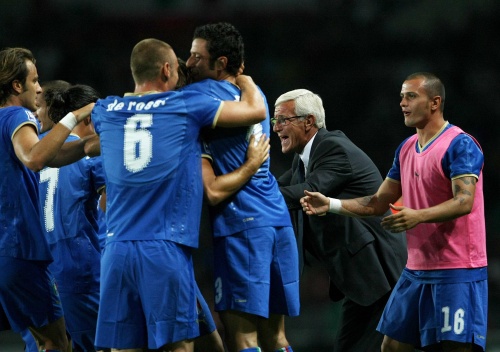 In a rather dynamic match in Turin, Italy, the Bulgarians almost certainly lost their chances to make it to the World Cup, while the Italians guaranteed their first place in the group.

Italy scored both of its goals in the first half of the match. Grosso scored in the 11th minute, and Iaquinta in the 40th minute. The Bulgarians had several near missed but failed to score until the very end.

Bulgaria is third in the group with 11 points, and two matches left against Cyrpus and Georgia. Italy is first with 20 points whereas Ireland is second with 16 points.

The first team in the group qualifies directly for the World Cup. The second would have to play a play-off.