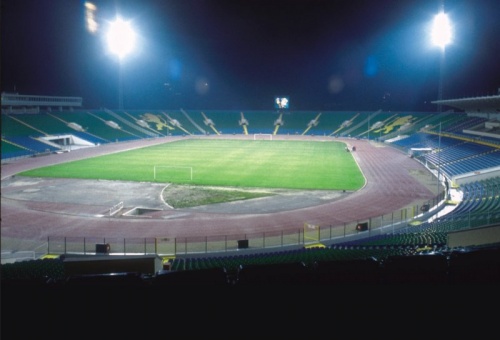 Sirakov, Bulgaria's sporting director, told the Bulgarian Football Union website that the state of the Vasil Levski pitch is "disgraceful". Photo by dimov.co.uk

Nasko Sirakov has raised concerns over the state of the Vasil Levski pitch for the world cup qualifier against Montenegro on Saturday after it was left in a terrible condition after Madonna's concert.

Sirakov, Bulgaria's sporting director, told the Bulgarian Football Union website that the situation is "disgraceful". He continued by asking; "Do we have a national stadium or not?"

Sirakov concluded; "They've been aware of this Montenegro qualifier for one-and-a-half years and now the stadium administrators are complaining about the short time they have to repair the pitch."

"These people have no idea how to take care of the pitch, the surface is completely destroyed," Stoilov told reporters.

"There's no grass on it... we should sue them for crimes against soccer," he said.

Bulgaria are third in the standings on eight points from six matches. Italy top the group on 14 from 6 games, followed by Ireland with 13 points from seven games. The match against Montenegro is therefore seen as critical for Bulgaria's chances of qualifying for South Africa 2010.