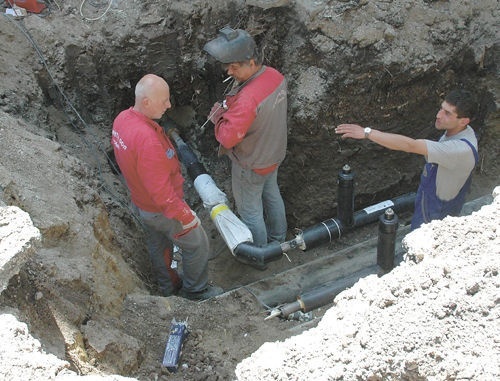 Forty-two of the frozen projects are in the water sewerage sector, and are situated in thirty-two municipalities. File photo

Many Bulgarian Mayors have reacted angrily to The Ministry of Regional Development and Public Works' suspension of 60 projects in the fields of water sewerage and public works.

The Mayors from the municipalities affected by the decision have even warned of civil disobedience because of the measures. The projects cost a total of BGN 180 M.

Mayor of Blagoevgrad, Kostadin Paskalev, warned that the suspension of funds could lead to civil disobedience as one of the projects frozen is for the construction of sewers under eight streets in the city center.

"Each of suspended projects is important. Two days trying to meet with ministers, but no result," the angry mayor of Sliven and famous footballer Yordan Lechkov stated.
The reason for the freeze is that the total price of the projects exceeds the budget given to the Ministry.

The temporary suspension follows the Finance Ministry instructions for limiting and reducing budget expenditures in the whole administration. It also aims to limit the accumulation of expenses on the contractors side, which the state will not be able to pay.