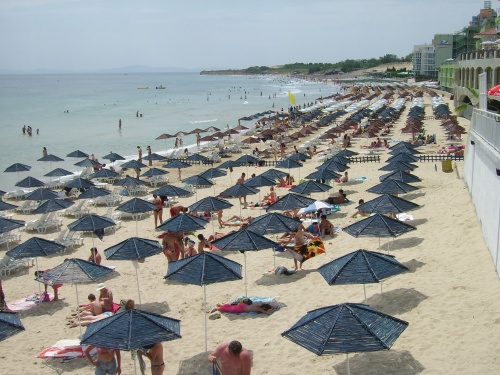 The five fire brigade teams have managed to contain the fire that was advancing towards the resort, the Interior Ministry press center announced.

However, the road connecting Bulgaria's two Black Sea cities, Varna and Burgas, has been closed because of the smoke produced by the fire.

The fire brigade was initially alerted that a plot with dry grass was on fire outside of the Sveti Vlas resort; upon arrival, the fire-fighters discovered that the whole forest nearby was on fire.

After the fire was contained, the threat for the Sveti Vlas resort has been avoided.