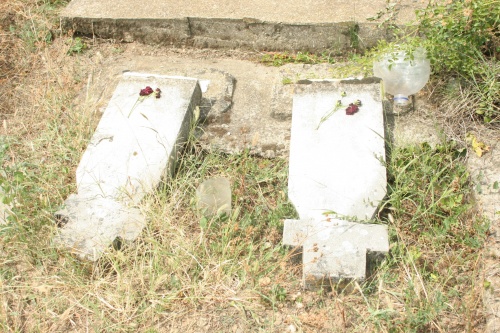 Teenagers have vandalized graveyards on two occassions in Southern Bulgaria in the last two weeks. Photo by BGNES

Рўhree teenagers have destroyed indiscriminately 58 tombstones in the cemetery of the southern Bulgarian city of Pazardzhik.

The two boys and one girl who vandalized the graveyard Saturday night are 13 and 14 years of age, and were arrested with the help of police dogs after Pazardzhik residents informed the police they were heard yelling and sounds of breaking from within the cemetery.

The three teenagers have been handled by the authorities dealing with underage crime, and their parents are to be sanctioned under the Child Protection Act.

A similar case was registered on August 12, 2009, in the village of Dabovo, Stara Zagora district, where a gang of ten boys of the Roma minority aged 12-15 destroyed 150 tombstones and crosses in the local cemetery.