Michael Jackson to Be Buried on His Birthday 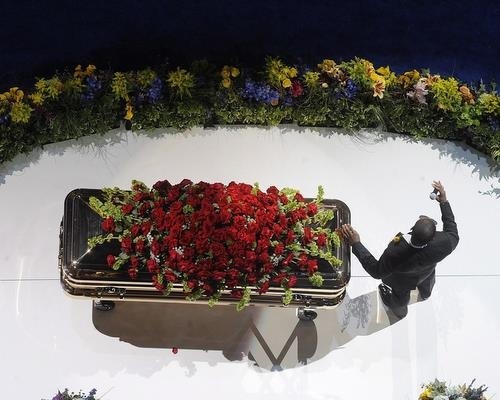 A file photo shows US singer Usher as he puts his hand on a rose-covered coffin holding the body of Michael Jackson as he performs during the Michael Jackson memorial at the Staples Center, Los Angeles, California, USA, 07 July 2009. Photo by EPA/BGNES

Michael Jackson's remains will be buried in Los Angeles on what would have been his 51st birthday, the late singer's family have confirmed.

He will be laid to rest at the Forest-Lawn memorial park in Glendale on 29 August in a private ceremony for close friends and family.

A spokesman for the Jacksons said they wished to convey their gratitude for the support offered by fans, the BBC reported.

The cause of Jackson's death, on 25 June, has yet to be revealed.