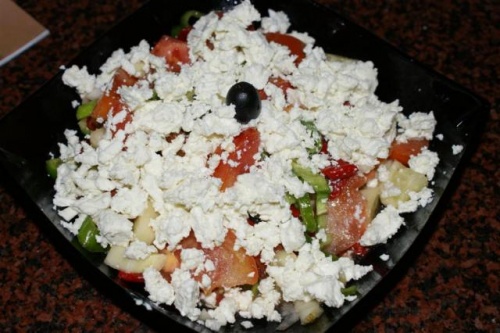 In Bulgarian, the name Shopska Salad comes from the word вЂ?Shopi' that is reserved for an ethnographic group who lives in the vicinity of the capital, Sofia. Photo by snimka.bg

A Serbian publication has challenged the right of Bulgarians to call Shopska Salad a Bulgarian dish, suggesting instead that it is a pan-Slavic creation.

"Shopska or Serbian, the difference is only in that the tomatoes, cucumbers and the onion are hidden underneath the grated feta," according to the recent publication in the Serbian newspaper Politika.

The article uses the definition of the salad by the Serbian Wikipedia page, which claims it is a Balkan dish, made equally well in Serbia, Bulgaria, Macedonia and the Czech Republic.

The salad's name comes from the word ‘Shopi', or ‘Shops', which was the name that Prizren's residents gave to cattle-breeders who lived in the Shar Mountain) region (on the Serbia, Macedonia border) during the Middle Ages, the article states.

In Bulgaria, the name ‘Shopi' is reserved for an ethnographic group who lives in the vicinity of the capital, Sofia, and is famous not only for the salad but also for its polyphonic folk songs.

According to the articles in Politika and the Serbian wikipedia, the region around the Shar Mountain is called the Cheese Valley, as it is known for its local cow and sheep cheese.