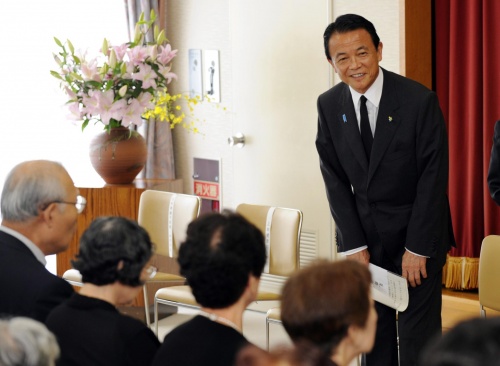 Japan is going to continue to adhere to its Three Non-Nuclear Principles, the country's Prime Minister Taro Aso said Thursday.

Aso spoke at the remembrance ceremony in the Japanese city of Hiroshima marking the 64th year since the dropping of a nuclear bomb there during World War II by the USA.

The Three Non-Nuclear Principles are a parliamentary resolution adopted in 1967 stating that Japan shall neither possess, nor manufacture nuclear weapons, nor shall it permit their presence on Japanese territory.

In his speech, Japan's Prime Minister Aso welcomed the latest global initiatives against nuclear weapons including the reduction negotiations between the USA and Russia, and the calls for a non-nuclear world raised during the latest G-8 summit in Italy, ITAR-TASS reported.

After the Hiroshima remembrance ceremony, Aso signed a document recognizing the status of 306 people who survived the nuclear bombardment of 1945. This guarantees them special financial support by the Japanese government, and the right to special medical services.