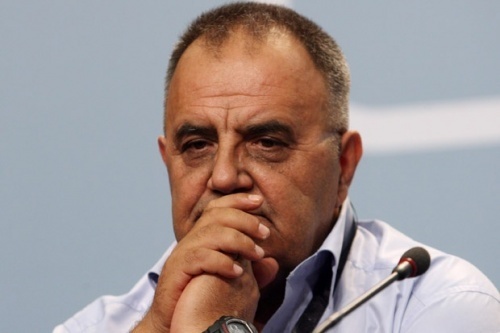 Bozhidar Dimitrov triggered a storm on the home front and abroad after accepting to be minister without portfolio in charge of Bulgarians living abroad. Photo by BGNES

An association has called on Bulgarian migrants abroad to boycott the new minister without portfolio Bozhidar Dimitrov, Director of the National History Museum and former collaborator of the secret services.

Dimitrov triggered a political storm after being proposed for minister in the new government in charge of the Bulgarian citizens living abroad because of his collaboration for the secret services.

Bulgarians abroad will be sent letters, urging them not to answer calls, letters or requests for cooperation by the new minister, the "Citizens against State Security" association said at a press conference on Thursday.

In a separate development two groups were formed in the popular social media tool Facebook calling on both Bulgarians living in and outside the country to express their outrage with the new minister's appointment.

Bozhidar Dimitrov, who was tipped to head the parliamentary culture commission, entered the cabinet of GERB leader Boyko Borisov shortly after it was decided that MPs who were collaborators of the so called State Security, the intelligence and secret police during the communist regime, will be banned from leading parliamentary commission.

Dimitrov has repeatedly said he has no regrets and these are not double standards.

Meanwhile Bulgaria's Prime Minister Boyko Borisov said he has approached the parliament, where his party GERB holds a majority, with a request to approve the full declassification of the files as quickly as possible.