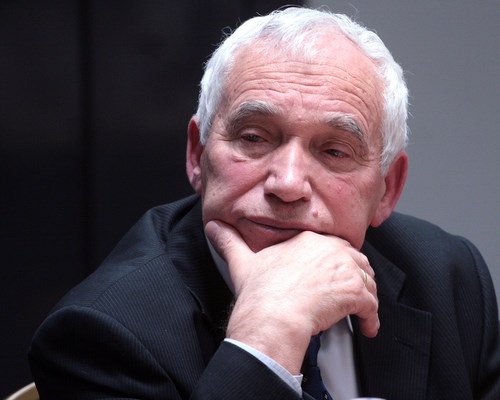 вЂњLet him be the next president of Bulgaria!" former president Zhelyu Zhelev said in an interview for 24 Hours, referring to new Prime Minister Boyko Borisov. Photo by BGNES

"Bulgaria should not be a parliamentary, but a presidential republic, based on the French model," Zhelyu Zhelev said in an interview for 24 Hours daily.

"The country should have both prime minister and president, but the latter should be vested in far-reaching powers so that he may control the executive power," he added.

Asked about the recent calls for electing Boyko Borisov president of Bulgaria, amending the constitution and putting in his hands all the power, the former right-wing president gave an enthusiastic answer:

"I pray to God that this happens! If he manages to deal with all the difficult and tough tasks he has committed to and amend the constitution, let him be the next president of Bulgaria!"

With 116 MP seats claimed in July 5 vote, the center-right GERB party of Boyko Borisov is just six seats short of holding a majority in the 240-seat unicameral parliament.

The share-out of MP seats in Bulgaria's new parliament makes it possible for GERB to enter a wide range of informal alliances to achieve outright majority, relying on the support of the right-wing Blue coalition (15 MPs), nationalists Ataka (21) and the conservative Order, Law and Justice (10).

Together the four formation can achieve even constitutional majority, making it possible to pass amendments to the constitution.