Tough Negotiator Ellenbogen to Become US Ambassador to Bulgaria 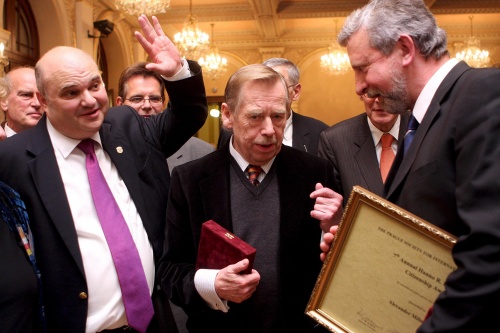 Marc S. Ellenbogen is going to be the new US Ambassador to Bulgaria, local media report Friday, citing the daily Standard.

The current Ambassador, Nancy McEldowney, was asked by the Obama administration to return to Washington to assume a new position.

McEldowney is Obama's choice to become Principal Deputy Assistant Secretary of State in the Bureau of European and Eurasian Affairs. She expects to take up her new assignment in early fall, and will remain in Bulgaria until late summer.

Marc Ellenbogen is a prominent investor, entrepreneur and journalist and a well-known expert in leading tough negotiations. A while ago, in an article about him, the German "Die Welt" wrote Ellenbogen was known for travelling over half a million kilometers per year all over the world.

"People close to him say his work begins where diplomacy ends, his guests usually don't smile during business meetings and no one talks about the discussions afterwards," "Die Welt" writes.

"Some claim I am an American with German roots, others - that I am a German with American roots. I am a chameleon in the good sense of the word," Ellenbogan told the German publication.

An entrepreneur and philanthropist, Marc Ellenbogen, is the Chair of the Board of Directors of the Global Panel Foundation, an influential organization dealing with support of governments, institutions and the private sector. The Foundation has the reputation of being a direct and successful negotiator in tough disputes on the global level.

A member of several corporate boards, Ellenbogen is on the Editorial Board of the Journal of Entrepreneurial Finance and Business Ventures. A Senior Advisor to the Oxford University European Affairs Society, he is considered an expert on economic and security questions for Central Europe and has collaborated on several publications and articles.

Ellenbogen is a Senior Associate at the Global Affairs Institute of the Maxwell School, Syracuse; and Associate Fellow and Professor, the International Institute for Advanced Studies in Systems Research and Cybernetics, Windsor, Canada.

Marc Ellenbogen was born and raised in Heidelberg, Germany. He attended Syracuse on a military scholarship.

He is said to maintain close relationships with some Bulgarian politicians such as former President, Zhelio Zhelev and former Foreign Minister, Solomon Passy.