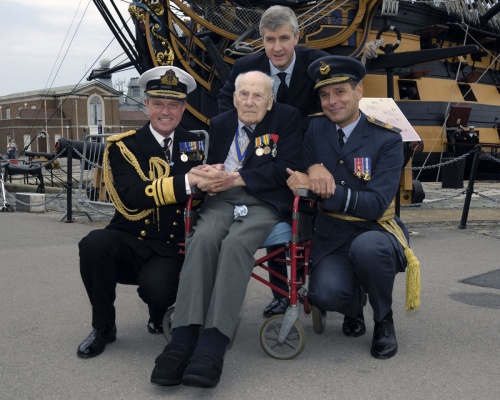 Henry Allingham, the world's oldest man and one of the last surviving World War I servicemen, has died at the age of 113, his care home has said.

Allingham served with the UK Royal Naval Air Service in WWI, later transferring to the Royal Air Force at the time of its creation.

Bosses at his Brighton care home said everybody was "saddened by Henry's loss and our sympathy goes to his family", the BBC reported.

He joined the Royal Navy Air Service in September 1915 and served in Ypres before transferring to the RAF in April 1918.

In November last year, he took part in ceremonies to mark the 90th anniversary of the end of WWI.

Allingham said he couldn't forget the war even if he wanted to at his 113th birthday celebrations in June.

"I saw too many things I would like to forget but I never will forget them, I never can forget them," he concluded.