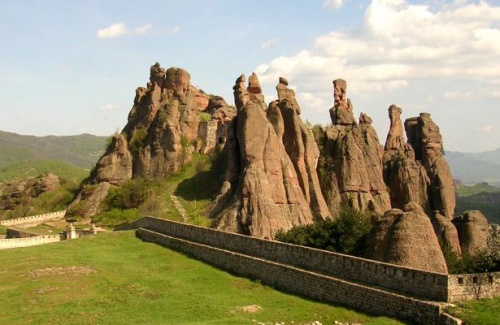 The Belogradchik Rocks are competing with 260 other landmarks from 220 nations all across the world. File photo

The miraculous rock formations near the northwest Bulgarian town of Belogradchik moved down one place to fourth position in the global campaign to select the world's new Seven Wonders.

The "Devil's Cave" is steadily holding the first place for the last two months.

The initiative committee in support of the Belogradchik Rocks is urging all Bulgarians and Bulgaria lovers to vote for the Bulgarian bidder on the website of the campaign, new7wonders.com.

People can now also vote via the phone. An international phone line - 0041 77 312 40 41 has been opened for those wishing to cast their vote by phone. The Belogradchik Rocks code is 404.

The voting closes on July 7.