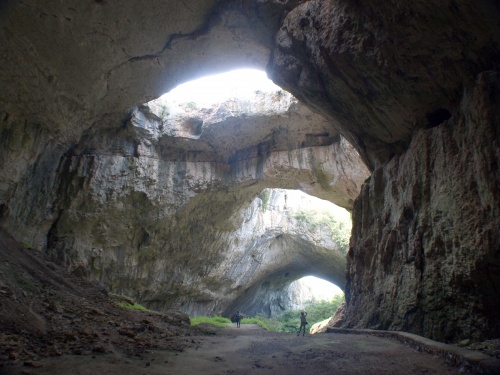 A unique Thracian cave sanctuary has been discovered in northern Bulgaria. Photo by BGNES

Speleologists from the city of Veliko Tarnovo have discovered an absolutely unique Thracian sanctuary in Northern Bulgaria.

The news has been announced by Evgeni Koev from the speleological club "Dervent" based in Veliko Tarnovo. The speleologists came across the Thracian sanctuary several days ago as they were studying cavern objects along the Danube.

Koev has preferred not to reveal the exact location of the sanctuary, which in his words is similar to the so called "Womb Cave" near the southern city of Kardzhali. It includes tombs, niches, and an altar.

There also drawings of humans on the walls of the cave which look differently depending on the intensity of the sunlight falling on them.

Koev believes that the fact that the sanctuary is located in a very inaccessible area has saved it from treasure hunters; in his words, the complex is in an excellent condition.