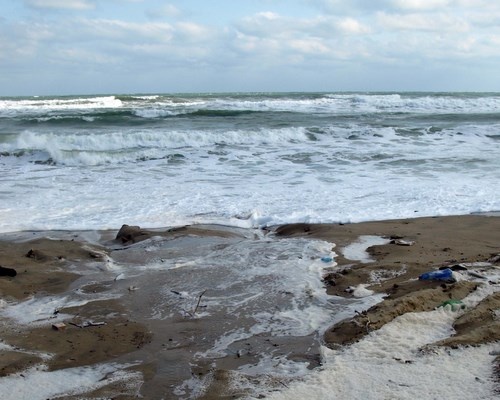 The beach at Irakli has turned over the last few years into an emblem of Bulgaria's nascent protest movement against developers along the Black Sea coast. Photo by BGNES

A 21-year-old man from the capital Sofia has been shot dead after a brawl broke out on the beach of Irakli, a favourite place for young families, artists and hippies who spend their summer camping there.

The man, whose name has not been disclosed, died on his way to the hospital in the coastal town of Varna.

The tragic incident occurred shortly before 11 pm following a fight between two groups of people, camping on the beach.

A 55-year-old man, also from Sofia, who voluntarily handed in his pistol to the police, is the suspected murderer.

An autopsy is due to be performed to determine the exact cause of the young man's death.

The beach at Irakli has turned over the last few years into an emblem of Bulgaria's nascent protest movement against the country's preoccupation with flogging the Black Sea coast to developers as quickly as possible.

In 2005 a campaign was started by a handful of "beach people" to save Irakli from the construction that has claimed 90% of the coast.

Since then, the movement has widened its scope to try to save dozens more of Bulgaria's wild beaches.