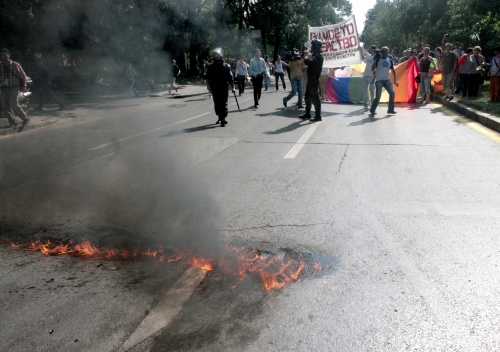 For the second year in a row Bulgaria's capital Sofia is going to have a gay pride parade on June 27.

The parade is starting at 4:30 local time at the National Palace of Culture, and is under the motto "Rainbow Friendship". It is organized by several organizations of gays and lesbians including InterPride, Gemini, ID Club, Bilitis.

The parade will mark the 40th anniversary since the events in "Stonewall", New York, where the international LGBT movement was founded on June 27, 1969.

Sofia's gay parade is going to have a number of special guests including Members of the European Parliament, Ambassadors, artists, and singers

The first such parade in the Bulgarian capital took place in June 2008 but was marked by incidents in which far-right nationalists assaulted the 150 participants with stones and even Molotov cocktails. The police arrested 80 people including the leader of the Bulgarian National Union - Guard, Boyan Rasate.