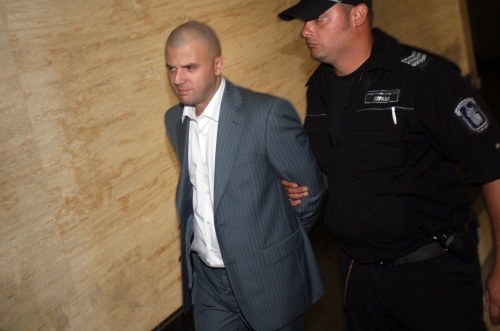 The former Deputy Interior Minister, Raif Mustafa, has been the one the come up with the corruption scheme involving Bulgaria's Fishing Agency.

The statement was made Tuesday by Sofia's City Prosecutor, Nikolay Kokinov, who confirmed Mustafa and businessman, Rosen Marinov, had been involved together in the attempt to bribe the Director of the Fishing Agency and secure his help for winning a public tender for the supply of two cutters for EUR 2,5 M.

As part of the scheme, Mustafa approached the Fishing Agency Director and offered him the bribe of EUR 50 000 plus a bonus of an additional EUR 50 000 if the Director agreed to extend his help in the future. The former Deputy Interior Minister was supposed to be paid a percentage for arranging the deal.

In the mean time, the Sofia Appellate Court changed Tuesday Rosen Marinov's permanent detention to house arrest over the request of the defense council.

The magistrates cite as motive for their decision to change the rule of the Sofia City Court the fact that it was unlikely for Marinov to attempt to hide from prosecution.

On June 13, Raif Mustafa handed in his resignation over his alleged involvment in the corruption scandal.

Mustafa, who is a MP for the ethnic Turkish Movement for Rights and Freedoms (DPS), stated in an official press release that he did not want to harm his party, the Interior Ministry and the Cabinet, who had put a lot of faith in him, but denies any involvement in corruption schemes.

Rosen Marinov, owner of the "Auto Engineering" company, was arrestedon June 11 by Bulgaria's National Agency for State Security (DANS), during a raid of his office in Sofia while, allegedly, offering a bribe of BGN 100 000 to the Director of Bulgaria's Fishing Agency.