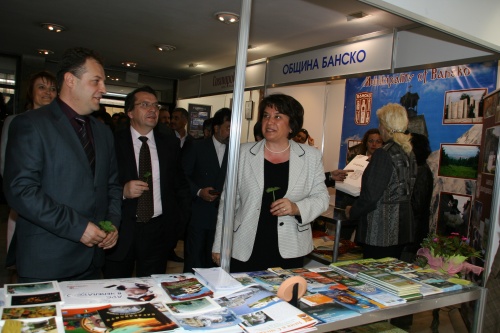 Bulgaria's Tourism Agency head Krushkova (middle) attributed the lower number of UK tourists to the fact many of them bought homes in Bulgaria. Photo by BGNES

Bulgaria sees a decrease in the number of tourists from the UK and Russia because a large number of Brits and Russians come to the country as home owners rather than as tourists.

This conclusion was announced Monday by the head of Bulgaria's State Tourism Agency, Aneliya Krushkova.

According to Krushkova, about 40 000 Brits already own homes in Bulgaria and do not come here as regular tourists using tour operators and hotel services.

The situation with Russians owning homes in Bulgaria is similar as many of them use the opportunity to receive three-year visas, and do not come to Bulgaria as tourists.

Krushkova also announced that in January-May 2009 Bulgaria was visited by roughly the same number of tourists as in the same period of 2008.