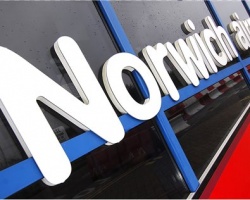 News of the new flights is a boost for Norwich airport, which last year suffered a blow when a number of routes from the city were axed or reduced. Photo by Norwich Evening News 24

Passengers at Norwich Airport will soon be able to sample the delights of eastern Europe after bosses announced new flights to Bulgaria.

Norwich International Airport has added the town of Bourgas to its portfolio of European destinations, with flights due to start next summer, Norwich Evening News 24 reported.

Holidays to Bulgaria are now available for booking through tour operator Balkan Holidays, for an eight-week season starting from Monday, July 19, 2010 through to Monday September 6, 2010.

Flights from Norwich, on an Airbus 320, will depart at 8.30am and take three hours before arriving at Bourgas, which serves seven different resorts including Duni, Elenite, Nessebar, Pomorie, Sozopoi and Sunny Beach.

"Bulgaria offers a very affordable European holiday with everything the British holidaymaker looks for. The cost of living there is very low and shopping and dining in top restaurants in very inexpensive. A perfect solution for a low-cost family holiday abroad," said Elliott Summers, managing director of Norwich International Airport.

The article comments that Bulgaria is increasing in popularity and becoming one of Europe's most popular economical holiday destinations.

„Although part of the EU, it has yet to adopt the euro currency, but prides itself on the diversity it offers to holidaymakers, from spectacular mountains and sandy beaches to traditional picturesque villages and dynamic party areas."

News of the new flights is a boost for the airport, which last year suffered a blow when a number of routes from the city were axed or reduced.