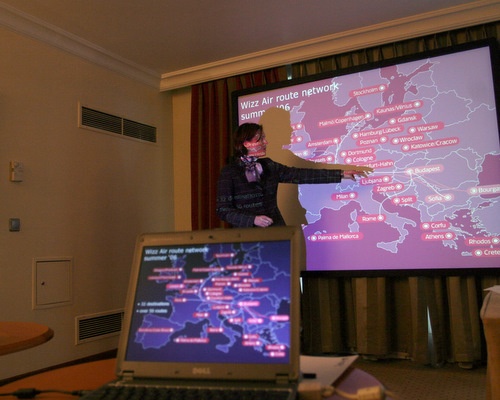 Wizz Air hopes that the new additions to the fleet will help it reinforce its position as the leading airline in the region over the next decade. Photo by Sofia Photo Agency

The low cost Wizz Air company, which operates a number of flights from Bulgaria, announced it has ordered 50 more A320s taking their total orders up to 132 aircraft.

The new A320 order will allow Wizz Air to expand its network established at eleven operating bases, in Poland, Hungary, Bulgaria, Romania, Ukraine and Czech Republic and to add new destinations to its 130 existing routes.

The company hopes that the new additions to the fleet will help it reinforce its position as the leading airline in the region over the next decade.

"The new order is consistent with our growth plan and underpins our aspiration to become the airline of choice in Central and Eastern Europe. The aircraft economics of the Airbus A320 is instrumental for us to deliver the business at the lowest possible cost in order to make our low fares accessible to an ever increasing customer base," said József Váradi, Chief Executive Officer of Wizz Air.