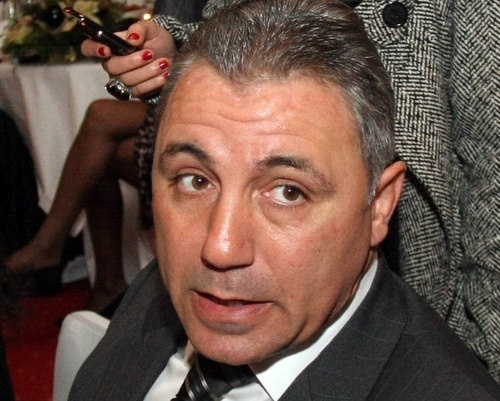 Hristo Stoichkov has had a very mixed managerial career, which began with a stint in charge of the Bulgarian national team. Photo by BGNES

Hristo Stoichkov, the legendary Bulgarian football player from the 1990s, has denied reports that he has been named coach of Iranian Abu Moslem.

Last month Hossein Ghasemi, the club's General Manager, said Stoichkov will lead Abu Moslem in the next season of the Iran Professional League (IPL). According to the report in the Tehran Times newspaper the club was to sign a two-year contract with Stoichkov and appoint a Bulgarian assistant to help him with the team.

"To be honest, this information is completely wrong," Stoichkov told reporters. "It's just sheer nonsense."

Stoichkov was a member of the Bulgaria national team that finished fourth at the 1994 FIFA World Cup.

The former world footballer of the year has had a very mixed managerial career, which began with a stint in charge of the Bulgarian national team.

After failing to qualify for the World Cup in Germany in 2006, Stoichkov came under increasing criticism from the media and fans. He shockingly quit without any notice to take charge of Celta, but failed to keep the club up in the top flight of Spanish football.