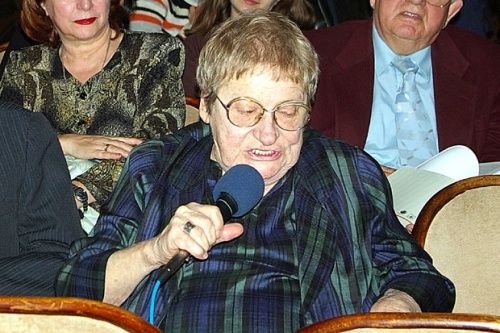 Renown Bulgarian writer and historian Vera Mutafchieva died Tuesday at the age of 80. Photo by

The renown Bulgarian history professor and writer Vera Mutafchieva passed away at the Government Hospital in Sofia Tuesday at the age of 80.

Mutafchieva was born in 1929, she is a daughter of the Bulgarian historian Petar Mutafchiev. In 1951, she graduated with a degree in history from Sofia University "St. Kliment of Ohrid", specializing in Bulgarian history during the period of the Ottoman Empire.

She received her Ph. D. in history in 1978, and has been a senior researcher at the Balkan Studies Institute of the Bulgarian Academy of Sciences.

Professor Vera Mutafchieva is perhaps most widely known as the author of over 30 fiction novels mostly centered around plots from Bulgarian medieval history. She is also the scriptwriter of the most widely watched Bulgarian movie of all times, "Khan Asparuh".

In 1997-1998, Mutafchieva was the head of the State Agency for Bulgarians Abroad. In June 2008, she was revealed to have been a collaborator of the so called State Security, the secret police and intelligence of communist Bulgaria.