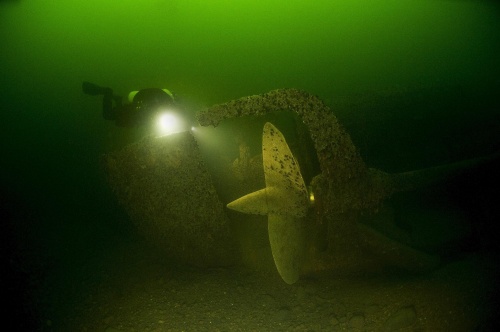 Russian explorers are going to ask Russia's government to assist them in their search for a Soviet submarine near the Bulgarian Black Sea coast.

The search will be conducted in July 2009 as part of the Russia-Bulgaria submarine expedition "In Honor of the Great Victory's Ships" dedicated to the 65th anniversary of the Soviet victory in World War II.

The news was announced for the Russian information agency RIA, cited by the Bulgarian BGNES, by the expedition's head, Konstantin Bogdanov.

The C-34, destroyed in 1942, is the fifth and last Soviet submarine to be found along Bulgaria's shoreline.

The explorers already identified the L-24 submarine they discovered earlier near the Bulgarian cape Shabla, in the area of the northern Black Sea town of Balchik. The submarine was destroyed by a torpedo in 1942 and the entire crew of 57 was killed.

A special memorial plaque has been mounted on the L-24 declaring the submarine a "common grave".