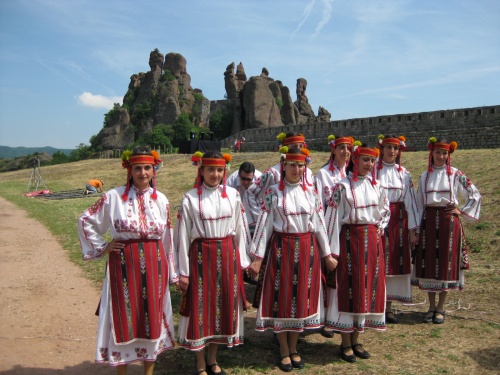 Bulgaria's marvelous Belogradchik Rocks (in the background) are set to have night lighting. Photo by BGNES

Bulgaria's Belogradchik Municipality and the Energy Efficiency Agency (AEE), a government body, are going to cooperate in order to provide lighting for the world-famous Belogradchik Rocks.

One of the goals of the project is to make the northwest town of Belogradchik an energy efficient municipality, the other is to make the Belogradchik Rocks - marvelous rock formations stretching for about 30 km in Northwest Bulgaria - even more spectacular by providing their central part with night lighting.

This part of the joint project might be completed as early as the end of 2009. The Belogradchik Rocks are currently competing in the New 7 Wonders of the World ranking and hold the third position in their category after being number one for several months.