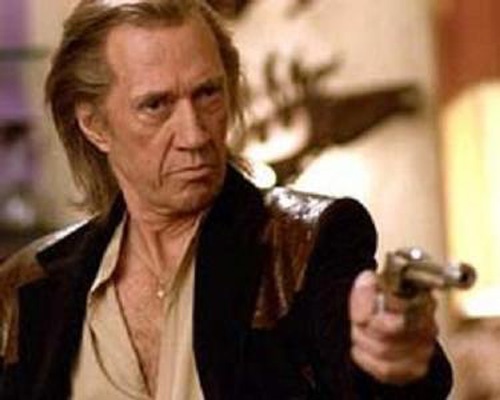 Thai police stated the 72-year-old was found by a hotel maid sitting in a wardrobe with a rope around his neck and genitals on Thursday morning, the BBC reported.

The US star was in Thailand filming his latest film Stretch, according to his personal manager Chuck Binder.

Carradine was part of an acting dynasty which included his father, John Carradine, and brothers Bruce, Keith and Robert.

The star was best known for his role as Kwai Chang Caine in the 1970s TV series Kung Fu, which spawned sequels in the '80s and '90s.

After a career which included more than 100 movies with directors such as Martin Scorsese and Ingmar Bergman, he recently found fame again thanks to his role in Quentin Tarantino's 2003 film Kill Bill.

He is survived by his wife, Annie Bierman, and four children.